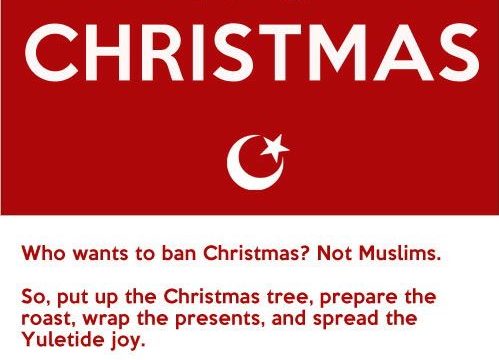 Ahead of the Christmas holidays, the Muslim Council of Britain issued two simple Christmas greetings, ‘Keep Calm It’s Christmas’ and ‘Don’t Panic, Christmas is not Banned’.

The posters were a playful nod at the ‘Keep Calm, And Carry on On’ posters.

The message emphasised that some Muslims will join in those celebrations, remembering too that Jesus was an important Prophet of Islam. Others will not join.

But very few Muslims will be offended at the celebrations taking place, and no one should be obliged to change their celebrations at risk of offending Muslims.

Dr Shuja Shafi of the Muslim Council of Britain, presented the message to the Dean of St. Paul’s Cathedral alongside a delegation of Muslims offering Christmas greetings to Christian leaders. 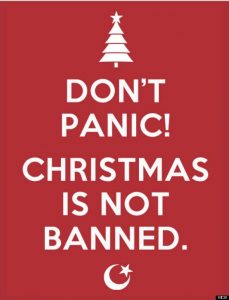 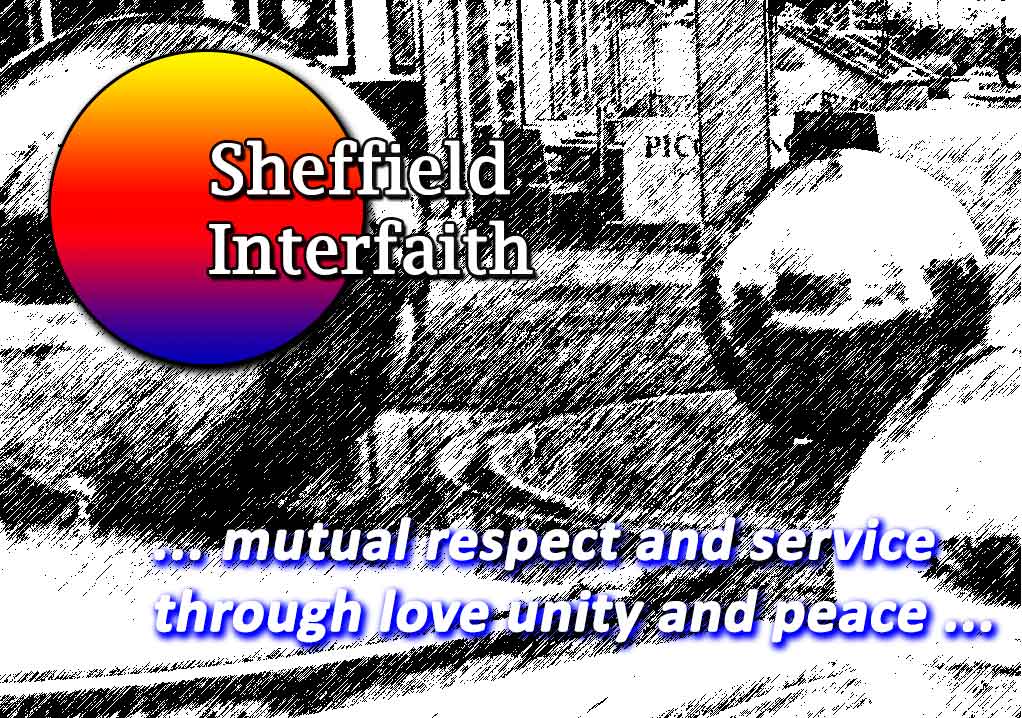